I Love You Even If You Pop My Balloon

There is a temporary moratorium on slime in our house. In my day we called it gak and I’m pretty sure Nickelodeon held a monopoly on the stuff. These days it’s everywhere. I mean, literally everywhere. Its dried into my kids carpet, it’s assaulted bed linens, it’s dried into the grout in our tile. Last year our 8 year old brought a new ziploc baggie of the stuff home everyday. We were sure she was running her very own slime syndicate, because each day a new kid would bring her a new color.

It just gets everywhere. I refuse to make it. Obviously the kidlets have access to it everywhere else anyway.

But I don’t hate crafts and messy projects and activities so this week on a whim I bought squioshies or squishies or some such thing, thinking it looked like contained gooey fun. We essentially made stress balls, which were balloons filled with instant snow and water (or you know, diaper filling, my dog has torn apart enough diapers for me to recognize the absorbent alien substance but whatevs).

It was so much fun. By the final balloon I’d figured out how to make it giant by comparison. A giant stress ball so to speak. Not really, but it was pretty well stretched none the less.

This mythical stress ball became “mommy’s” and everyone wanted it. Since it was mine I could play benevolent dictator and ensure equal sharing.

Instantly our five year old wanted to throw it, and to my chagrin, bite it, and we all had a nice talk (yell) about how we never ever put balloons in our mouths and how soon it will pop if we aren’t careful, and just like slime, instant snow innards will be all over the house and we will choke to death on latex balloon pieces because I’m nothing if not hyperbolic.

The balloons were released into the wilds of our house at the mercy of our 3 kids and I promptly forgot about them.

Which brings us to,

The second week of school is hard you guys. I’m out of meal ideas, and laundry and dishes and patience. So pizza.

Usually my Kinder Boy is bouncing off the wall in jovial pizza excitement but he was missing. When the bell rang and the blessed pizza man arrived, everyone did their excited and respective “PIZZA!” yell, including the dogs and their insane barking.

I realized though, that the loudest of them all, our little dude, was missing.

Concerned, I set off looking for him. Pizza is his favorite meal after all. I looked everywhere and soon that instant parent panic rose to my throat when I couldn’t find him anywhere.

Until I heard a little voice.

A sad tiny voice from behind our orange reading chair in the corner. Slowly he stood up. Peeking over.

And his face, with his big green watery eyes, read only sadness. Big sads, and a lot of disappointment.

“Oh no. What happened I asked?” Worried he had maybe hurt himself.

“Mommy…” his voice caught and he choked a sob. “I broke your balloon.”

And the flood gates opened. He cried. A lot.

I scooped him up as best as a 5’2″ Mama can scoop up a nearly 50 lbs kindergartner who will be taller than her tomorrow, but scoop I did. I didn’t know how long he had been crying there. Hiding. Feeling shame and guilt and upset.

But my heart broke. I set him down and he led me to a little throw pillow, covering a balloon that sure enough had instant snow spilling out of it.

“It was your most favorite thing.” He said. “And I broke it.”

I sat him on my lap and hugged him.

I assured him that the balloon was nothing compared to him. A teeny tiny piece of gooey whatever. I wasn’t mad. I was sad he was afraid to come to me. It’s just a piece of latex. Made to break. Nothing in the grand scheme.

To him it was everything.

Which makes me think. How much do we hide from God our Father, behind silly orange chairs.

Something he doesn’t even care about, because it’s the heart of his people that he is after.

How often do we keep the hurt to ourselves when our Father’s arms are waiting?

Because we are afraid of his disappointment.

Even though he promises us mercy?

If we just come openly to his throne of grace.

My Little Man’s sobs calmed, and he helped me clean up the squished squoishy balloon stress ball, and throw it away. He smiled and wiped his little red eyes. We laughed. And everyone enjoyed their pizza together, before the bedtime insanity of three kids on a school night began.

Mercy and love were all I had for him.

It was all he needed to feel better.

And it’s all our Father has for us too. If we stop hiding, stop running, and crawl into the lap of our Abba Father, with our broken balloon pieces, and an open heart. 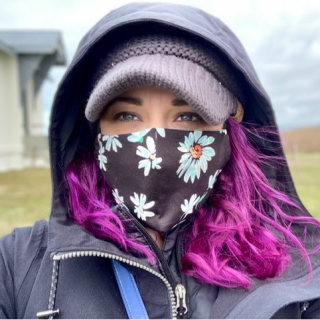